Interior design of a French-style apartment in Moscow 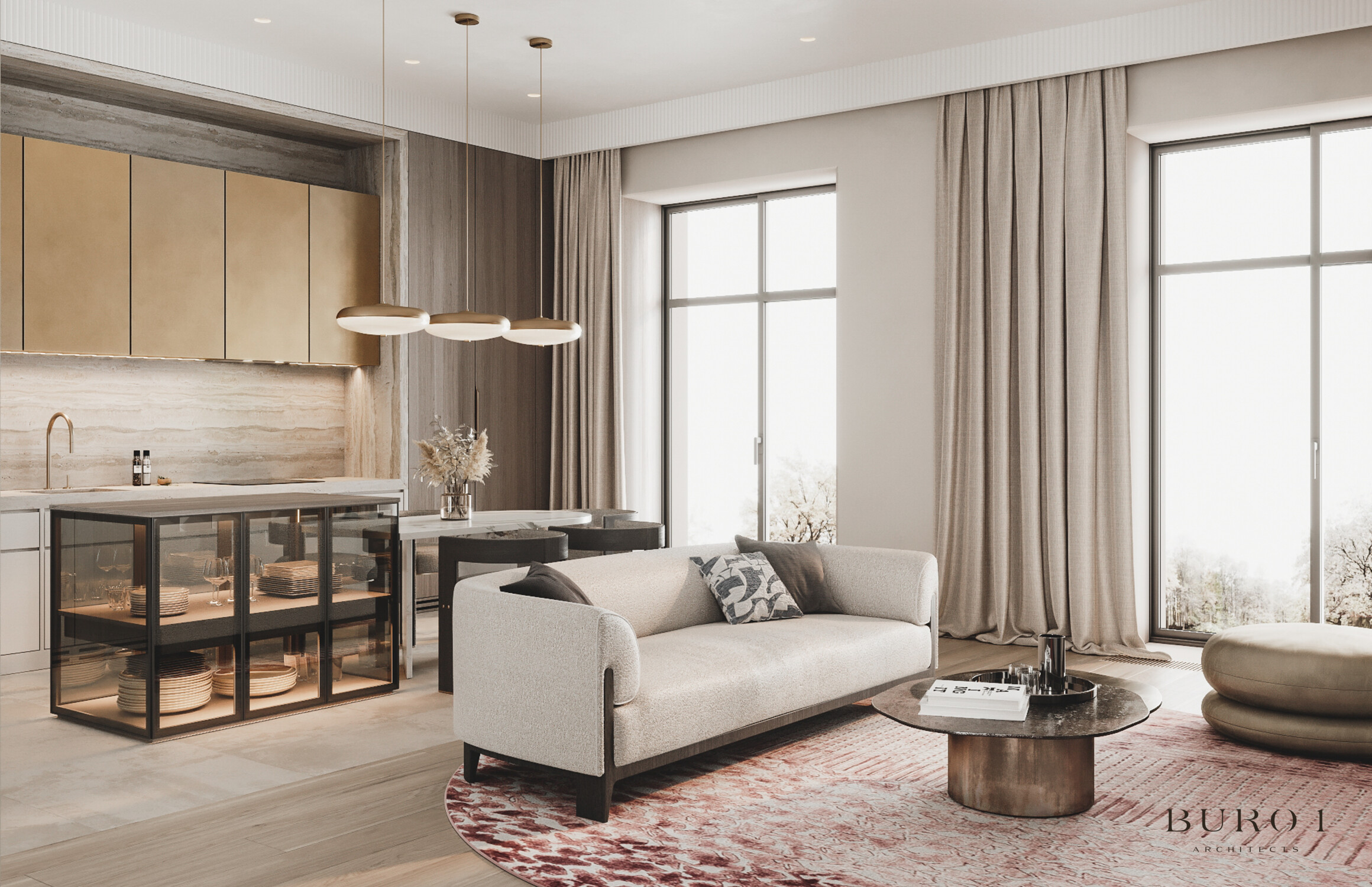 Modern style with French elements. Here, a French-style fireplace intertwined, forms of upholstered furniture that came to us from cult designers of the 20th century, modern and minimalist kitchen elements.

Apartment in Moscow with a total area of 135 square meters. Interior styles: contemporary with French-style elements.

This project is especially alluring because of the harmonious combination of two styles. The project owner had a request: to create an interior that would not become tedious in the long run.

The ground rule of our bureau is utmost uniqueness of each project, whether it is a suburban house or urban architecture. “Venice” is not an exception. Despite the Italian name of the residential estate, the apartment is a true embodiment of both contemporary and French spirit.

Yes, the atmosphere here resembles those apartments in the best houses of Paris.The project itself has been implemented at the highest European level.

The French style involves a careful study of the design, prestige and luxury signs. The style itself has a place for the owners' favorite things, even if those things have had a long history. Contemporary at the same time means practicality and attraction to everything, even minimalism. It can be traced back to the times when the population of large cities moved from country houses to typical apartment buildings. Nevertheless, they wanted to maintain their "suburban" identity. It would seem that those styles have absolutely opposite objectives, but "Venice" united them.

The interior is made in soothing colors typical of the modern French style. Natural elements, namely marble and wood, were used for the decoration. The complimenting combination of sharp corners and soft outlines seem to be so appealing. Laconic lamps designed by Buro One coexist with rounded shapes of upholstered furniture.

Let us focus at the repair peculiarities of the apartment’s bathroom: it is cozy and spacious, there is not a single extra thing in it.

When choosing decor, we, as usual, were driven by its uniqueness and unlikeliness. The project includes a sofa by Delcourt Collection, a coffee table and chairs by Olivya Stone, a pouffe by Quinti Sedute, a chandelier by Kelly Wearsler (the living room). The kitchen, combined with the dining area, includes dining chairs by Olivya Stone, a chandelier by Atelier de Troupe, and a kitchen island by Molteni&C. backsplash by Travertino Classico, Tivoli.

As a result, there is a place that combines all the advantages of classic and contemporary approach. 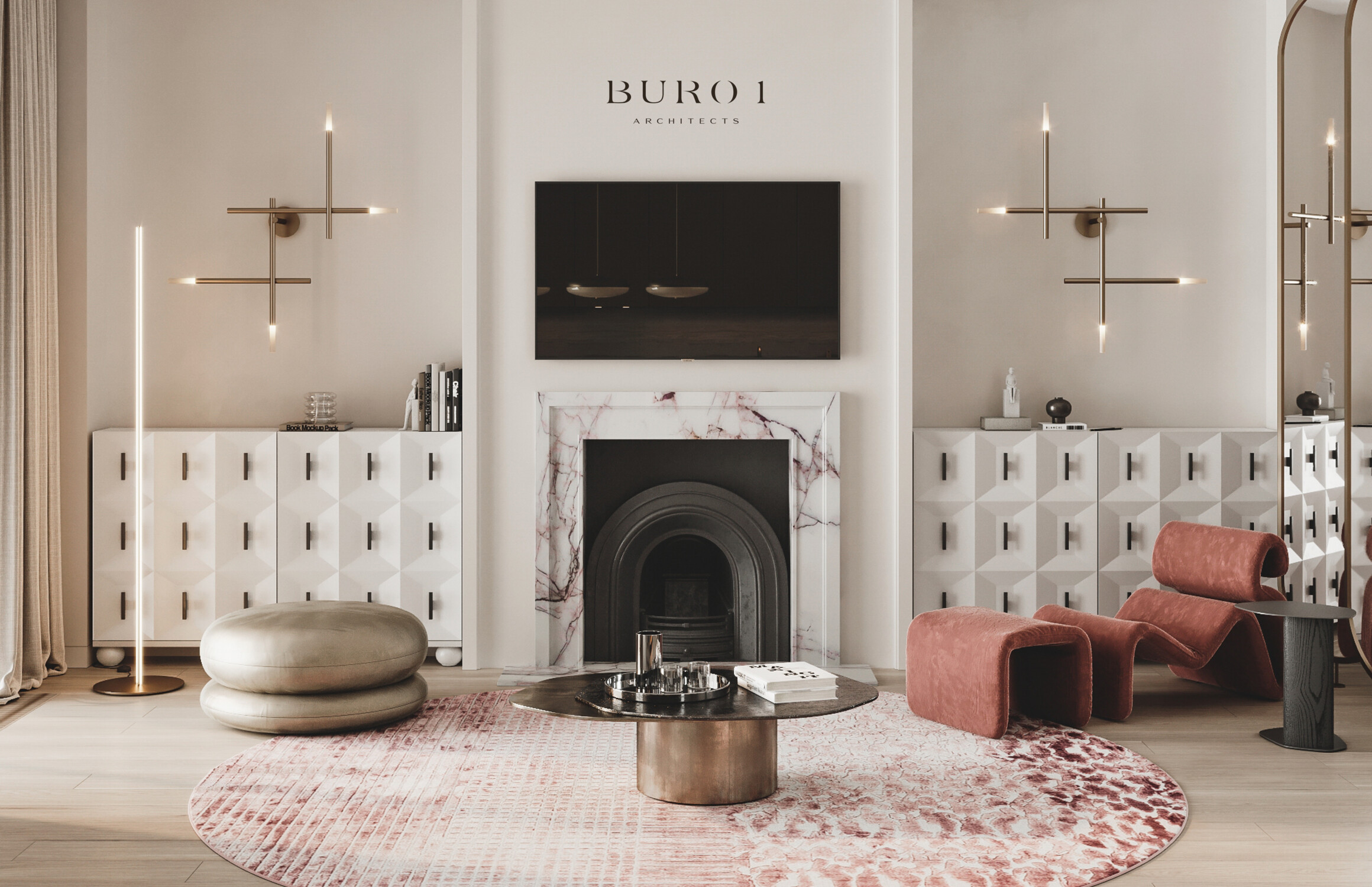 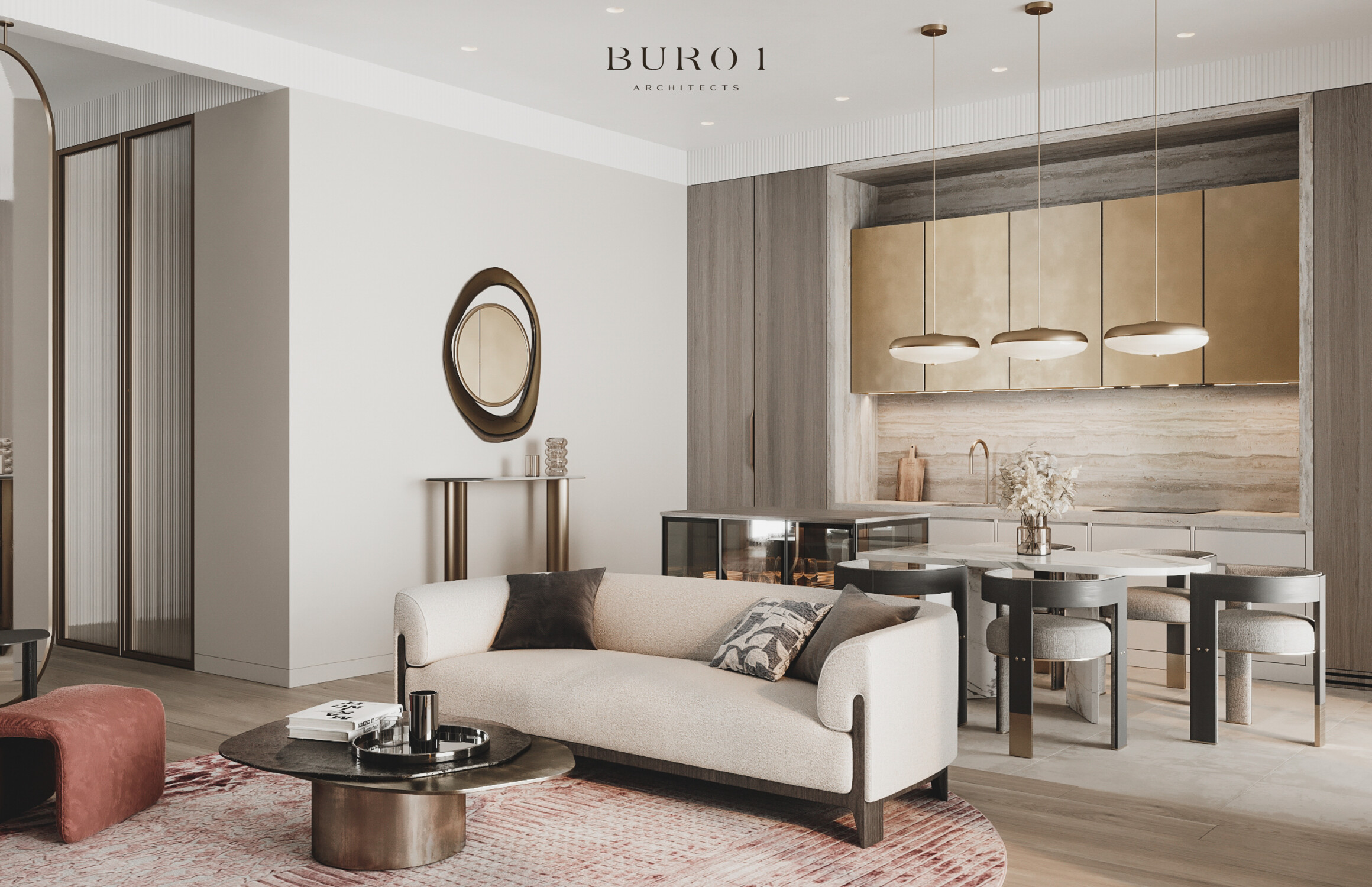 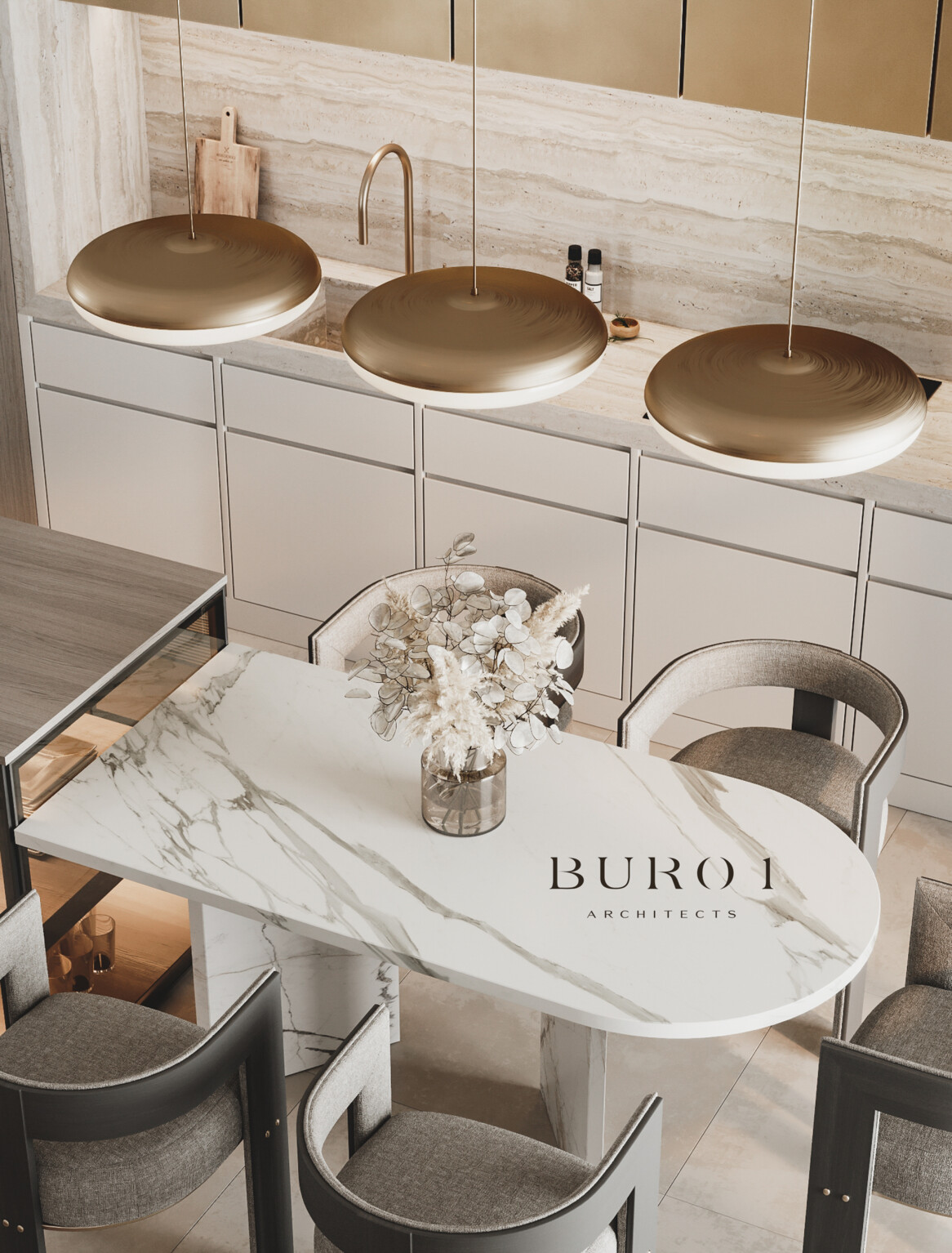 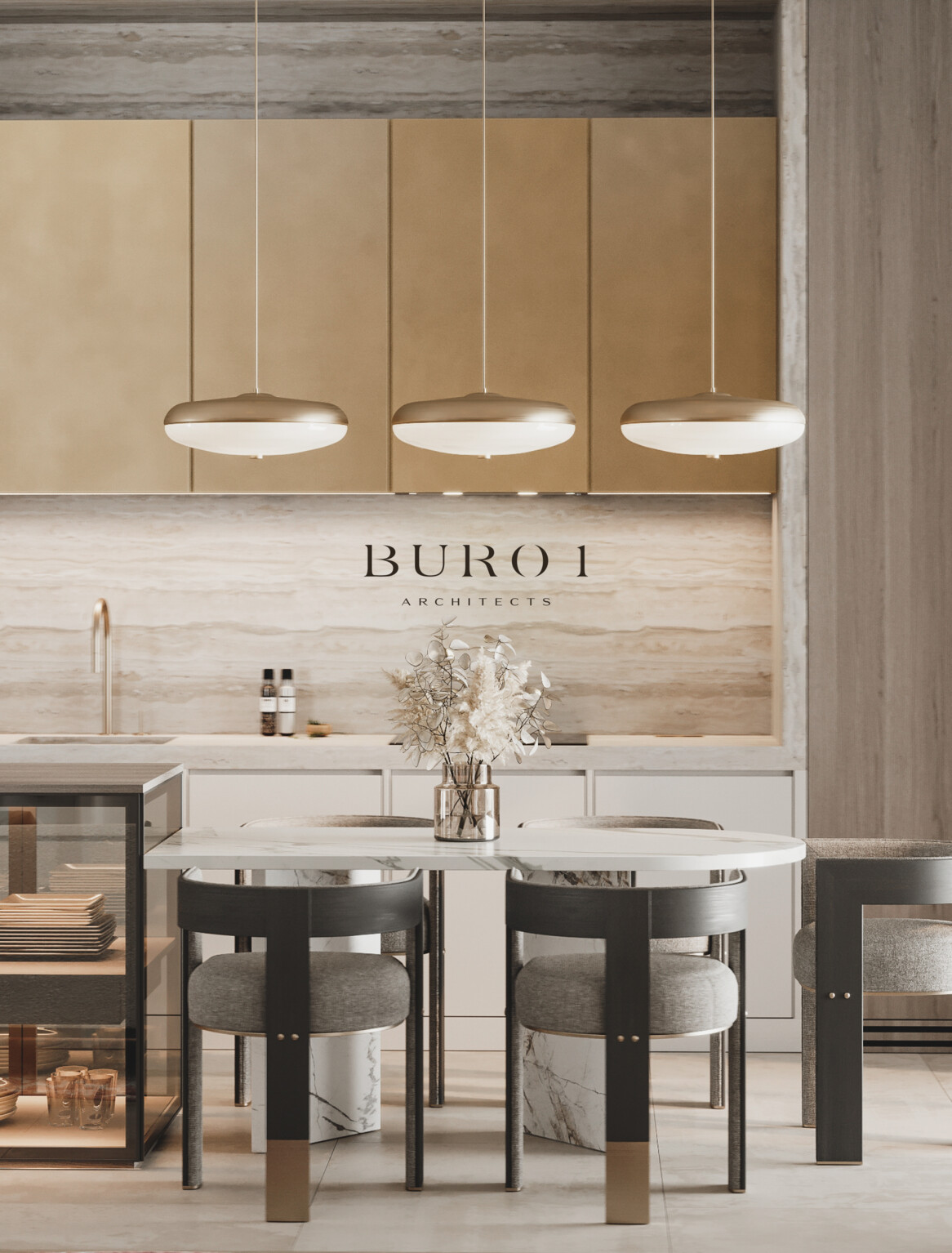 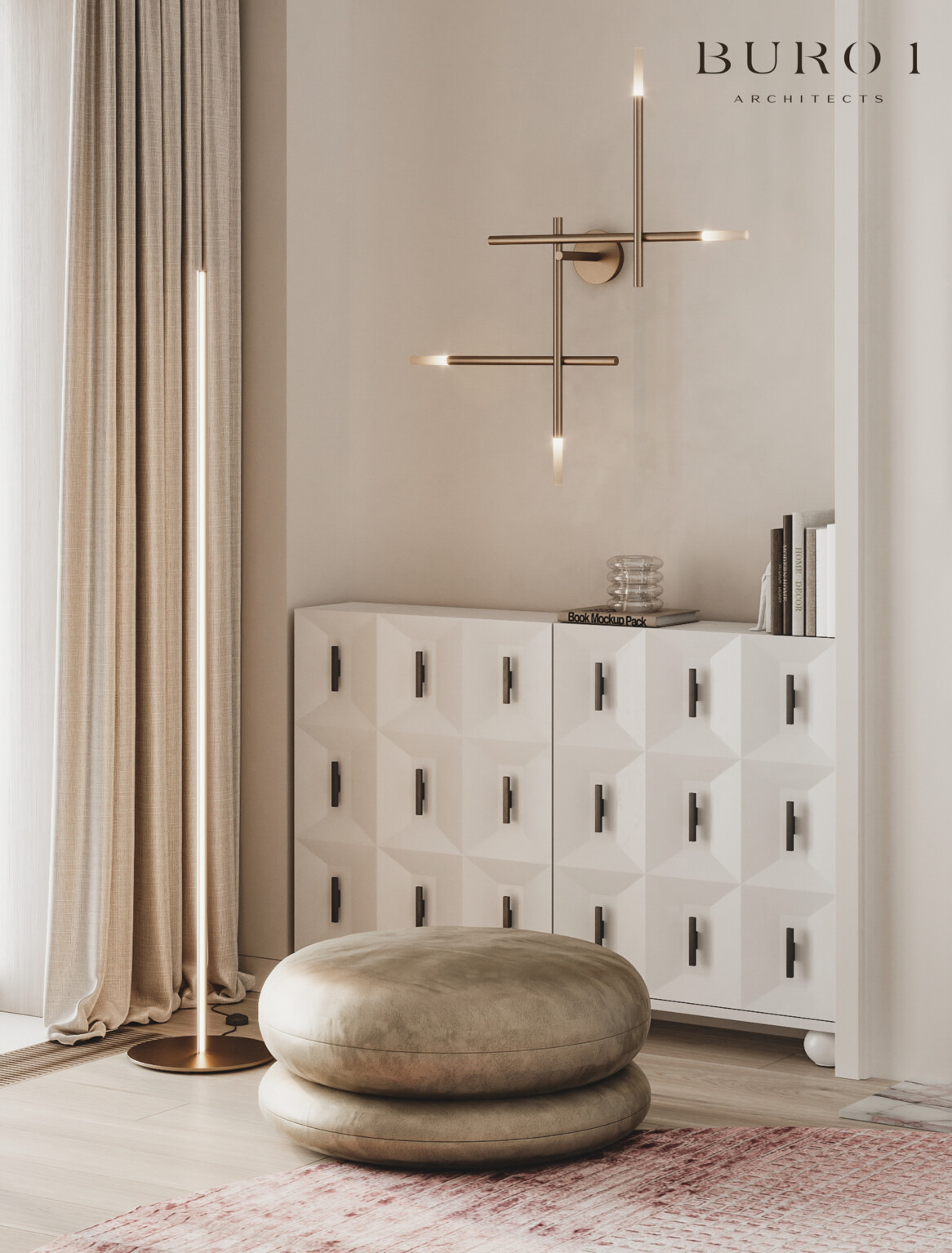 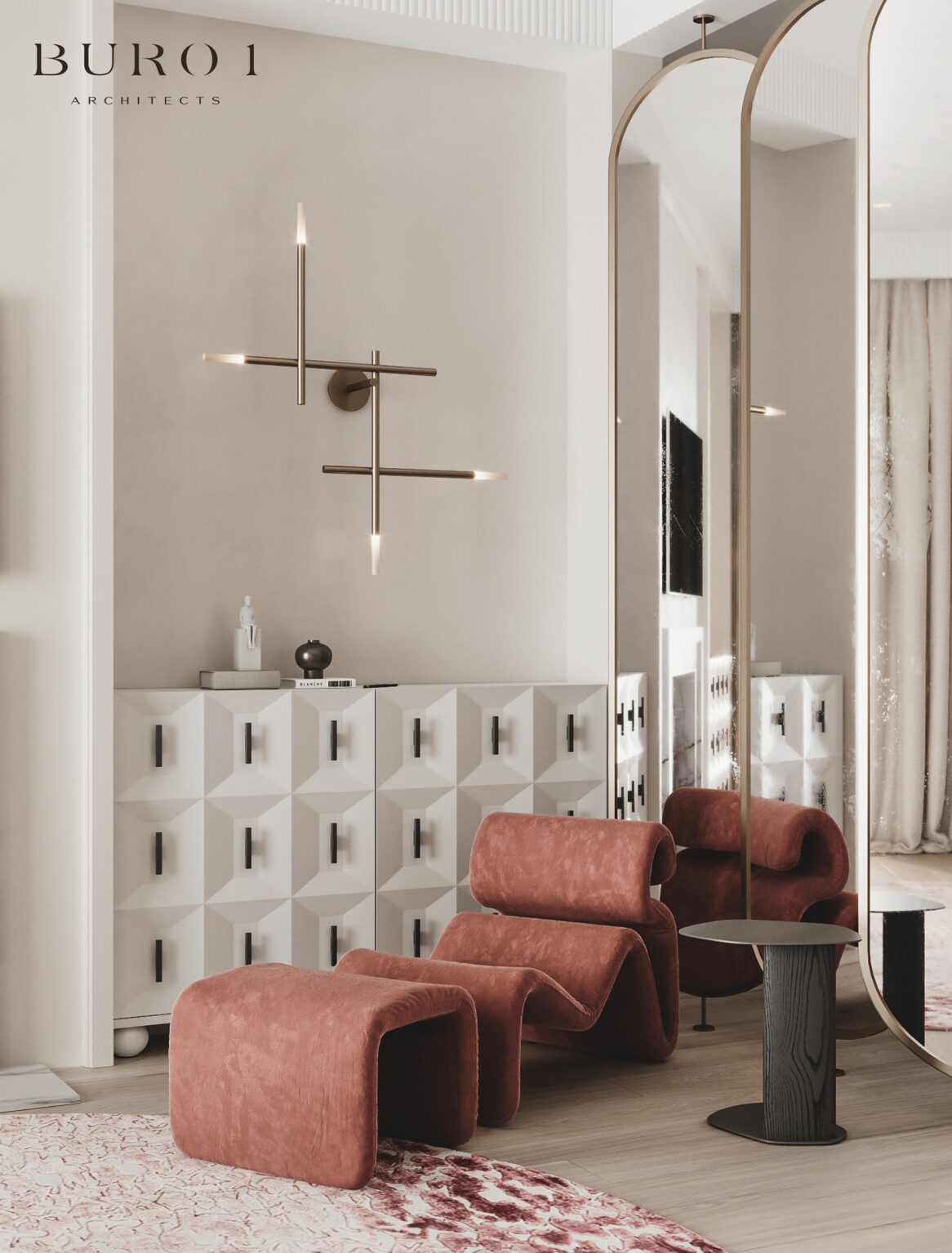 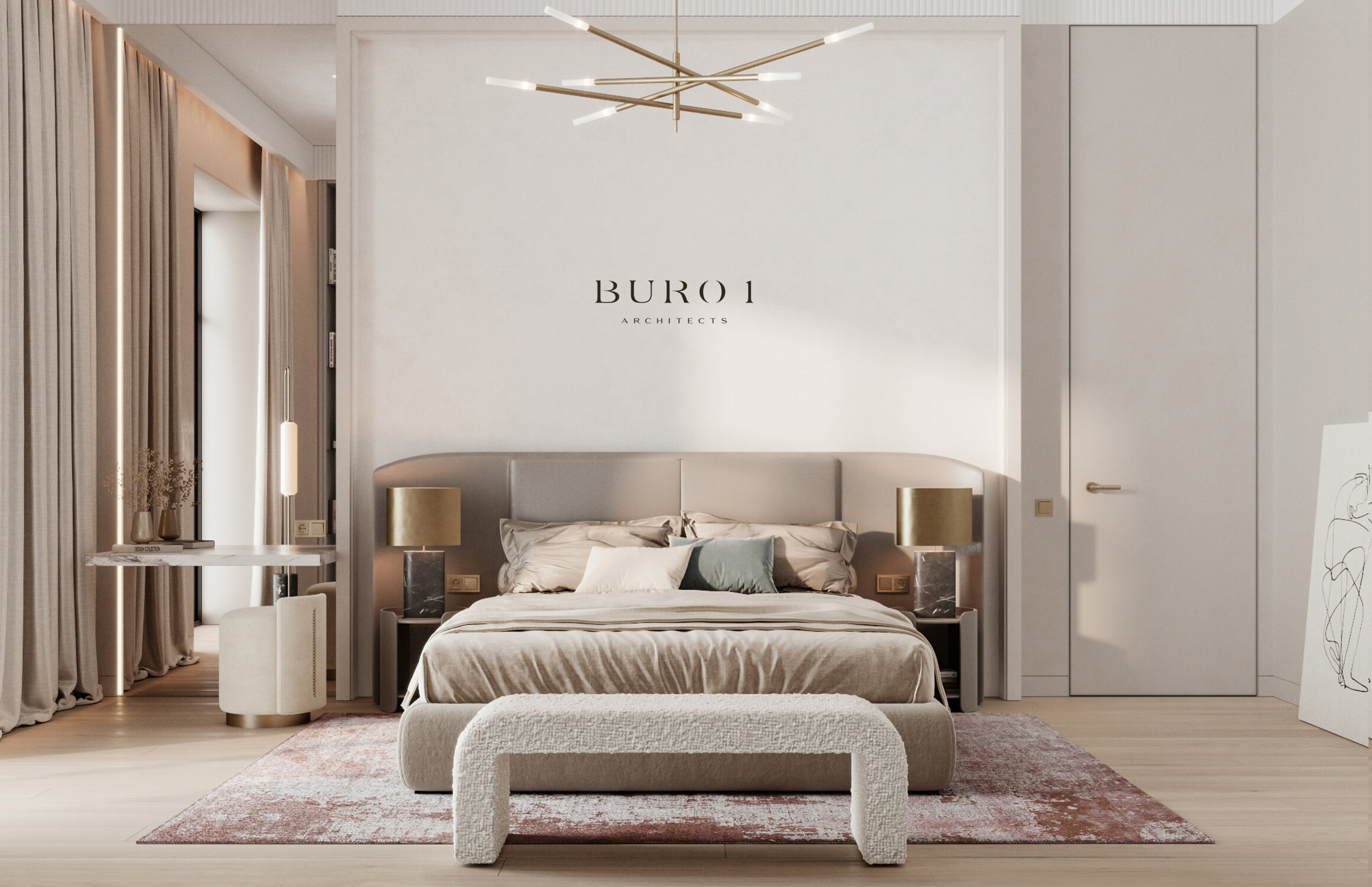 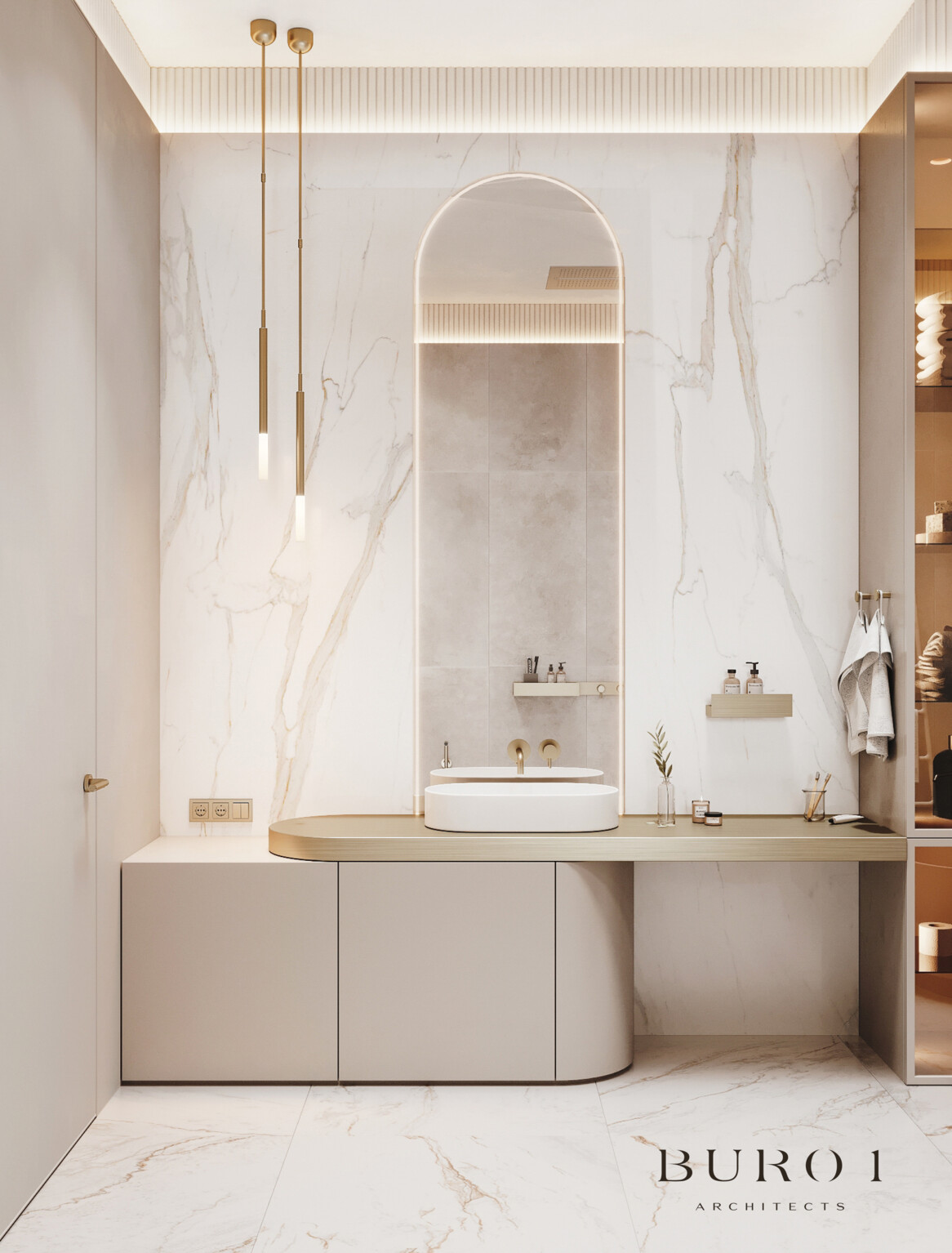 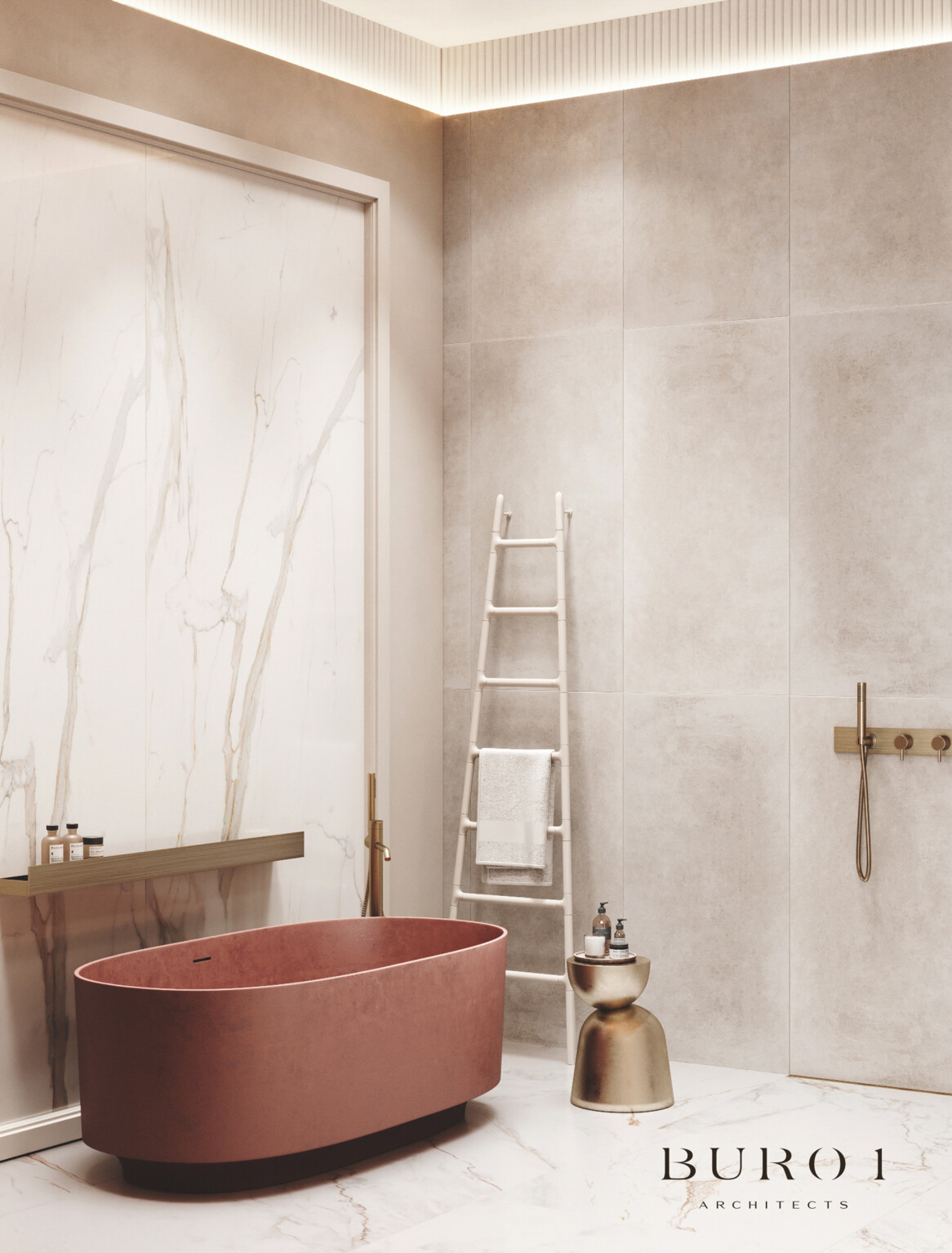 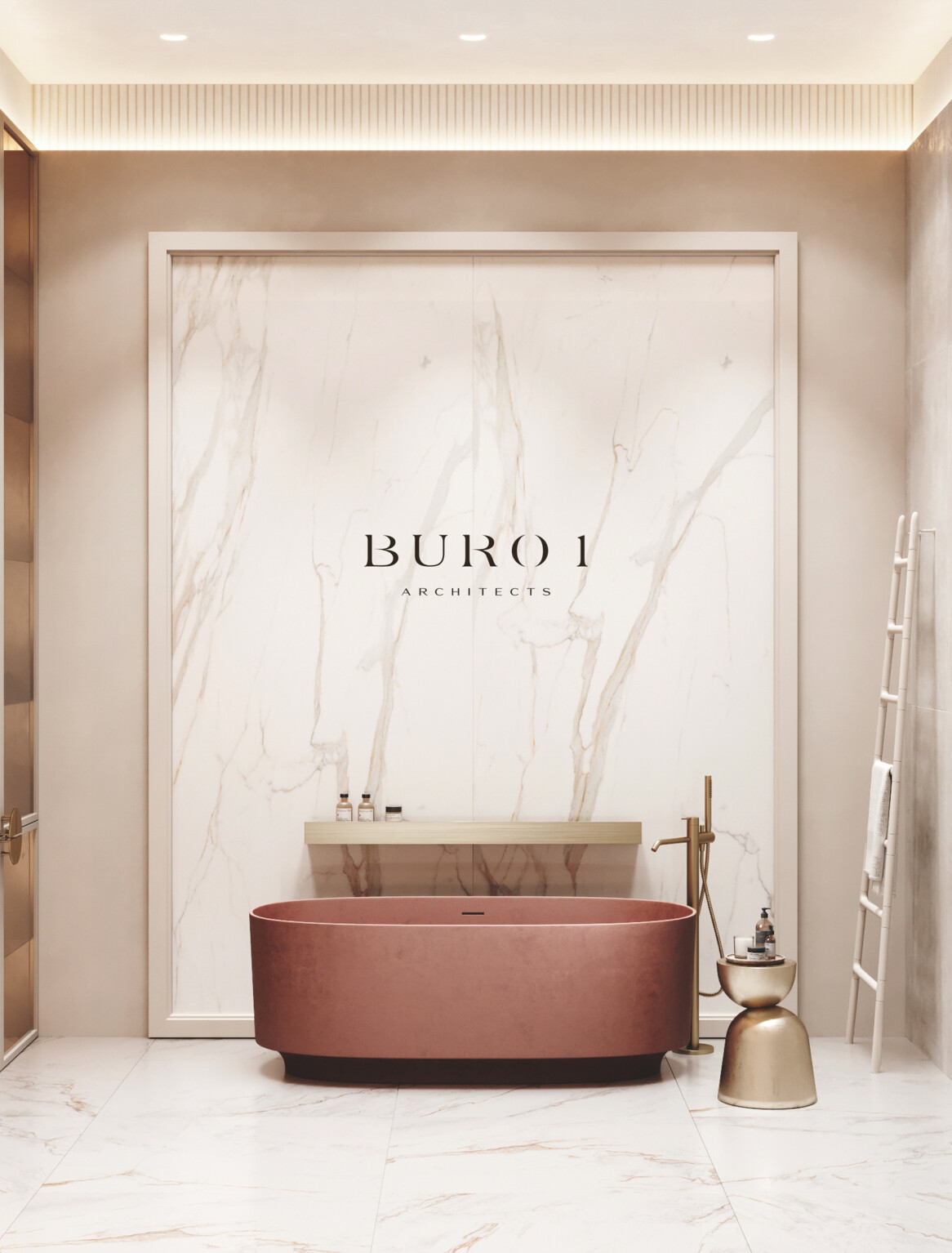 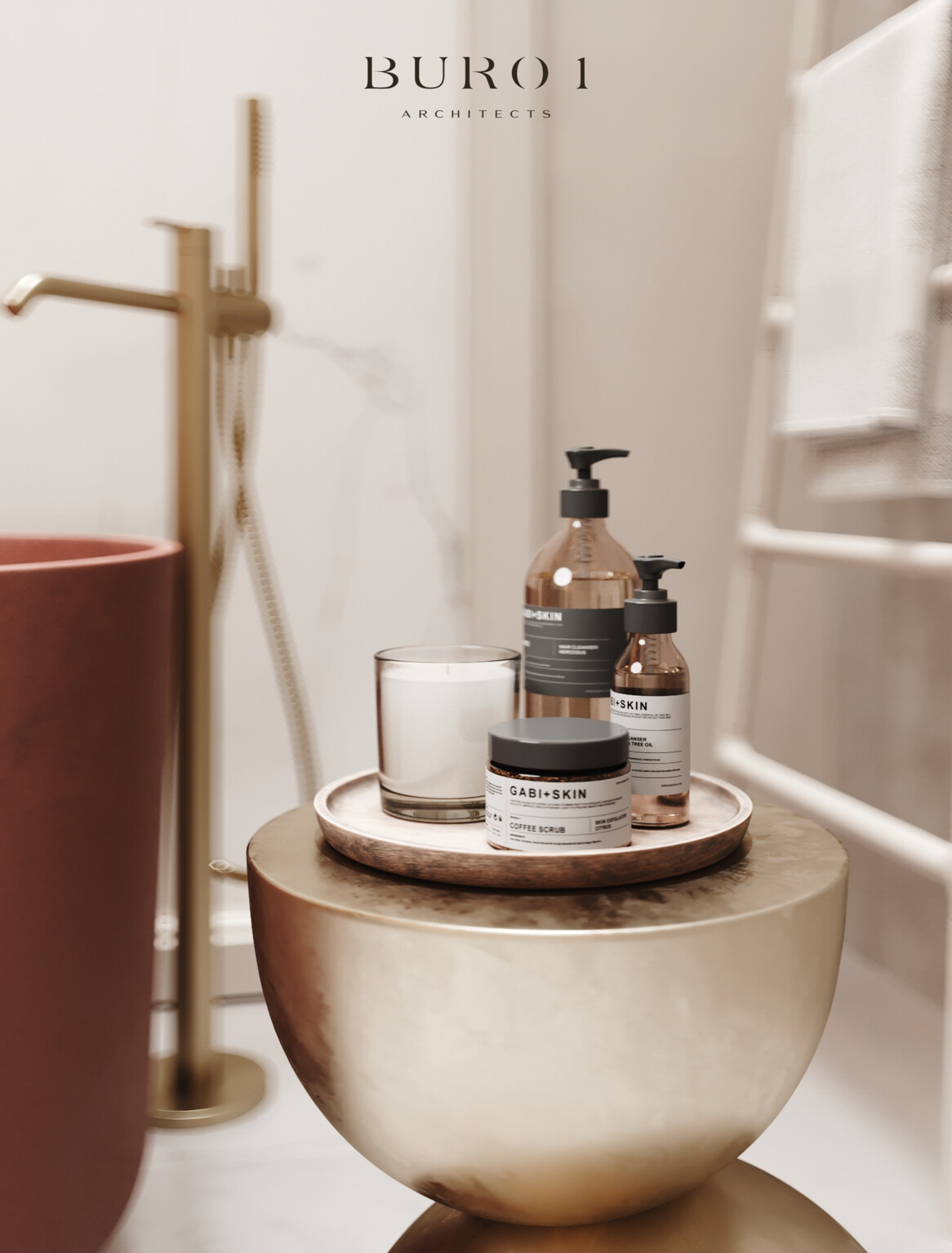 Your request has been accepted

Our manager will contact you within half an hour